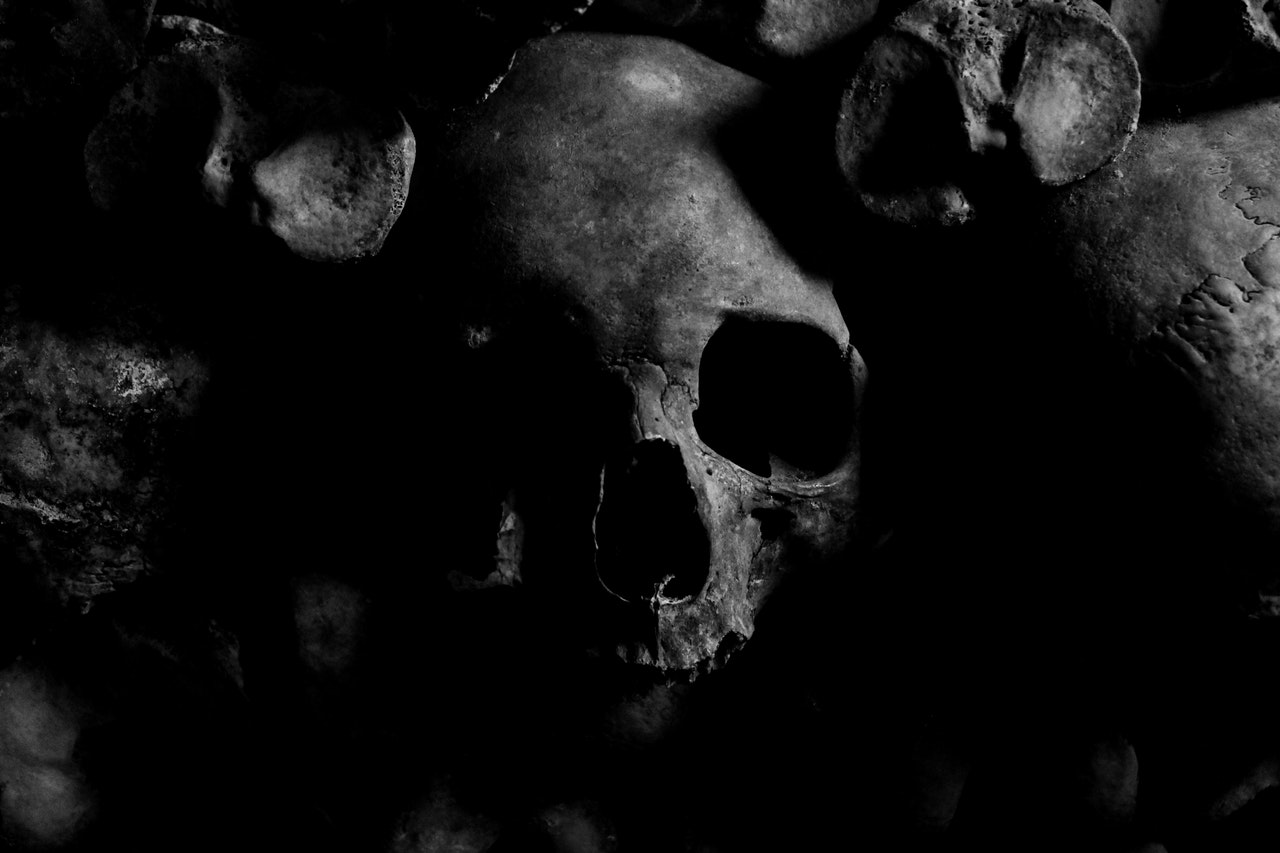 Basinger and Basinger argue that if you hold to the doctrine of biblical inerrancy then you cannot use the free will defense to answer the problem of evil.

(The free will defense against the problem of evil appeals to creaturely freedom to explain how God can be all-loving and all-powerful and yet suffering and evil still exist.)

This is How Basinger & Basinger imagine this argument to proceed in favour of biblical inerrancy in terms of how they imagine someone would present it.

Basinger and Basinger say by endorsing premise 2 you cannot utilize the free will defense in response to the problem of evil, that is, evil is outside God’s control. If human activities can be totally controlled by God without violating human freedom then God should be able to totally control the world so that evil and sin never occurs.

Given the reality of human evil and the fact that God cannot be the author of evil Basinger & Basinger state premise (2) must be false. If you are going to hold to the reality of evil and yet God’s superintendence over the world, you’ve got to say that human activities cannot be totally controlled by God without violating human freedom.

1. The words of the Bible are the product of free human activity.

2′. Human activities, and their products, cannot be totally controlled by God without violating human freedom.

3. God totally controlled what the human authors did, in fact, write. (Verbal Inspiration)

4. Therefore, the words of the Bible are God’s utterances.

5. Whatever God utters is errorless.

6. Therefore, the words of the Bible are errorless.

7. The doctrine of verbal, plenary (absolute) inspiration of the Bible entails God’s total control of the words of the Bible.

Norman Geisler in his response “Inerrancy and Free Will: A Reply to the Brothers Basinger.” He says there is a hidden assumption behind Basinger and Basinger’s reasoning; namely:

9. If God can infallibly guarantee what some men will do, then he can do the same for all.

Geiser carefully states in his response:

It may have been because only some men freely choose to cooperate with the Spirit, so that he could guide them in an errorless way. Or it may have been that the Holy Spirit simply chose to use those men and occasions which he infallibly knew would not produce error.

Geisler here is suggesting the argument for Middle knowledge, one that is often misunderstood.

The Middle knowledge solution to the problem of biblical inspiration; namely, you can get an inspiration which is truly confluent but also verbal and plenary by attributing to God middle knowledge of what these human authors would write if they were placed in certain circumstances.

This would mean if evil did happen in the world, we chose to do it, God’s not pushing a button to make a man rape a child, that person chose to do that, it’s not God’s will, that man is indeed rejecting God’s will, not listening to the Holy Spirit at all.

B. B. Warfield, in his article “The Biblical Idea of Inspiration,”offers a view which is almost exactly this.

So soon, however, as we seriously endeavor to form for ourselves a clear conception of the precise nature of the Divine action in this ‘breathing out’ [remember that is what inspiration means: “God-breathed”] of the Scriptures – this ‘bearing’ of the writers of the Scriptures [remember in 2 Peter it says that the authors of Scripture were borne along by the Holy Spirit to write what they did] to their appointed goal of the production of a book of Divine trustworthiness and indefectible authority – we become acutely aware of a more deeply lying and much wider problem, apart from which this one of inspiration, technically so called, cannot be profitably considered. [So Warfield says this problem of biblical inspiration is just an example of a much wider problem. What is it? He says:] This is the general problem of the origin of the Scriptures and the part of God in all that complex of processes by the interaction of which these books, which we call the sacred Scriptures, with all their peculiarities, and all their qualities of whatever sort, have been brought into being. For, of course, these books were not produced suddenly, by some miraculous act – handed down complete out of heaven, as the phrase goes; but, like all other products of time, are the ultimate effect of many processes cooperating through long periods. There is to be considered, for instance, the preparation of the material which forms the subject-matter of these books: in a sacred history, say, for example, to be narrated; or in a religious experience which may serve as a norm for record; or in a logical elaboration of the contents of revelation which may be placed at the service of God’s people; or in the progressive revelation of Divine truth itself, supplying their culminating contents. And there is the preparation of the men to write these books to be considered, a preparation physical, intellectual, spiritual, which must have attended them throughout their whole lives, and, indeed, must have had its beginning in their remote ancestors, and the effect of which was to bring the right men to the right places at the right times, with the right endowments, impulses, acquirements, to write just the books which were designed for them.

When ‘inspiration,’ technically so called, is superinduced on lines of preparation like these, it takes on quite a different aspect from that which it bears when it is thought of as an isolated action of the Divine Spirit operating out of all relation to historical processes. Representations are sometimes made as if, when God wished to produce sacred books which would incorporate His will – a series of letters like those of Paul, for example – He was reduced to the necessity of going down to earth and painfully scrutinizing the men He found there, seeking anxiously for the one who, on the whole, promised best for His purpose; and then violently forcing the material He wished expressed through him, against his natural bent, and with as little loss from his recalcitrant characteristics as possible. Of course, nothing of the sort took place. If God wished to give His people a series of letters like Paul’s He prepared a Paul to write them, and the Paul He brought to the task was a Paul who spontaneously would write just such letters.

This is a perfect description of middle knowledge in its superintending the writing of Scripture. God knew what Paul would freely write if he were in such-and-such a circumstance and presented with certain needs to address and be corrected. He knew that Paul would write, for example, the letter to the Romans. Thus, by putting Paul in those circumstances which of course required (as Warfield says) a whole series of ancestors and events leading up to that point, God can guarantee that Paul would write exactly what God wanted expressed to us.

Benjamin Breckinridge Warfield, “The Biblical Idea of Inspiration,” in The Inspiration and Authority of the Bible, ed. Samuel G. Craig with an Intro. by Cornelius Van Til (Philadelphia: Presbyterian & Reformed, 1970), pp. 154-155.

This helps to explain, for example, the so-called trivialities in Scriptures like Paul saying, “I left my coat at Troas” or “Please bring the books that I left” or the greetings that he gives. It is not to say that God wouldn’t have been pleased if Paul had greeted somebody else or if Paul had given some other instructions. God allows him freedom to spontaneously greet whom he wishes to, and this is all right with God. This would allow for freedom in Paul’s choice of vocabulary. It may be that what God wanted him to express could have been just as well expressed by other words. It could have been that God wouldn’t have minded if he greeted other people or greeted them with other terms. But nevertheless God knew what Paul would write in those circumstances, and he was satisfied with what Paul would write that this would be God’s Word to us.

This would make sense of passages where raw emotions in the bible are expressed e.g. the Psalms. On this view, God knew that this author, if he were in these anguished circumstances, would be angry at his his enemies, they would cry out for their end. But that doesn’t mean that that is necessarily something that God wants us to do. It could well be that the purpose God has in allowing the author to express these emotions is to inform us that, we can bring our doubts, anger, emotions to God himself. He will listen to our prayers and attend to them.

Given God’s middle knowledge and providence, isn’t everything that a human author writes in that sense ultimately under God’s control?

He knew what you would write when you were in such circumstances. Does that make this philosophical article inspired by God?

No, the difference would be in the intention of God in what is written. God knew what I would write freely in my circumstances, but it is not God’s intention that that would become his Word to us. That is what serves to differentiate the books of Scripture and set them aside as inspired in a special way, namely, God intends that in having this author write these words, this would become God’s own Word to us. So it is both the product of the human author, but then it is also God’s Word to us. Therein lies the difference.

Isn’t this the heretical view of open theism?

No, Open theism is antithetical (opposed to, opposite of) to middle knowledge. Open Theism holds

In contrast the Middle Knowledge view is