B. How do you get such an inspired text? 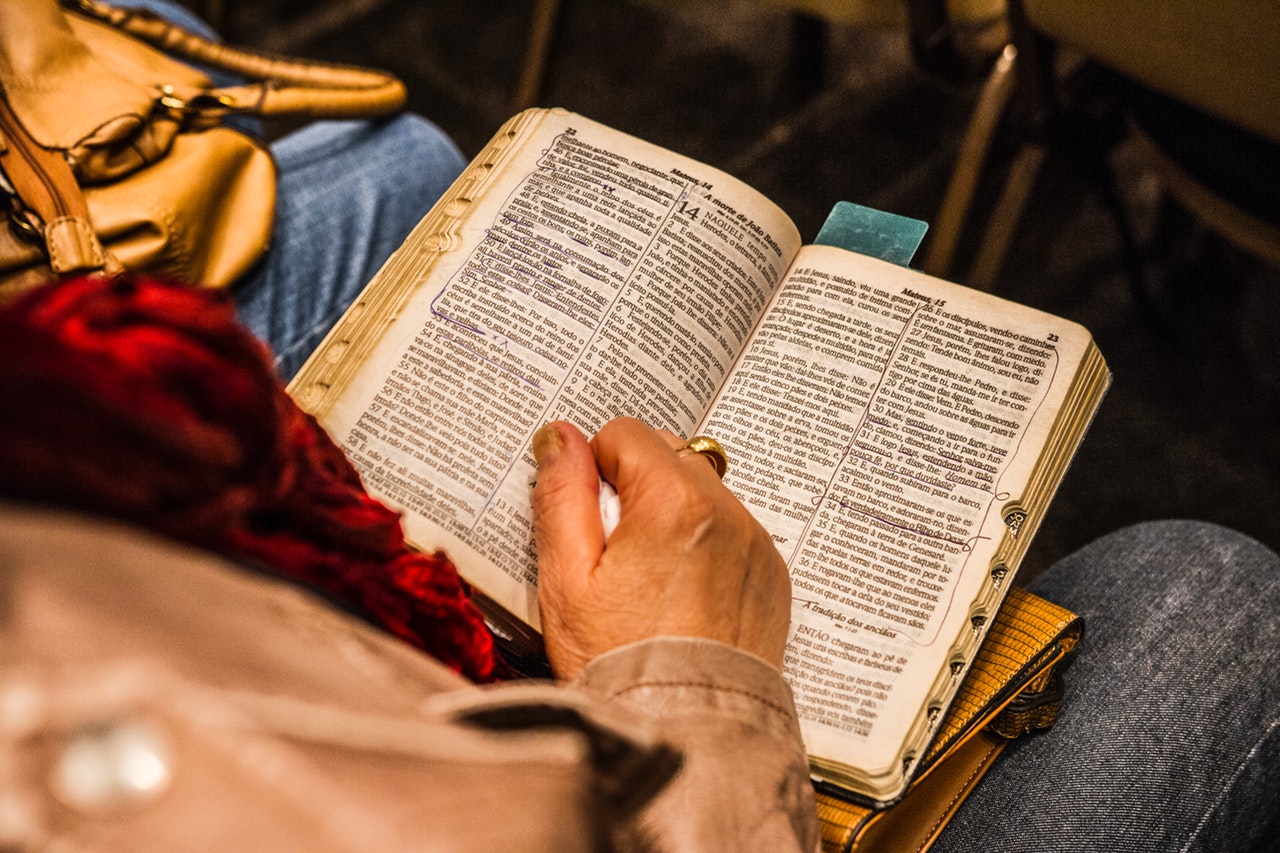 God tells the human author what to write. The human author simply records what God has dictated to him. This would make the humans stenographers (A person whose job is to transcribe speech in shorthand). The Qur’an is dictated by Allah to Muhammad, and Muhammad is simply a recorder who writes down the dictation that God has given him in the Qur’an.

Dictation can support Plenary and verbal inspiration if the person doing the dictation gives you the actual words, however, It won’t give you a confluent inspiration because the human author here plays no role. He simply writes down what God tells him to.

Greet Mary, who has worked hard among you. Greet Andronicus and Junias, my kinsmen and my fellow prisoners; they are men of note among the apostles, and they were in Christ before me. Greet Ampliatus, my beloved in the Lord. Greet Urbanus, our fellow worker in Christ, and my beloved Stachys. Greet Apelles, who is approved in Christ. Greet those who belong to the family of Aristobulus. Greet my kinsman Herodion. Greet those in the Lord who belong to the family of Narcissus. Greet those workers in the Lord, Tryphaena and Tryphosa. Greet the beloved Persis, who has worked hard in the Lord. Greet Rufus, eminent in the Lord, also his mother and mine. Greet Asyncritus, Phlegon, Hermes, Patrobas, Hermas, and the brethren who are with them. . . .

Do we think these greetings have the same weight as the teaching sin the first twelve chapters of Romans? These lightweight parts of Scripture don’t seem to be things that would be appropriately ascribed to divine dictation. How about some of the Psalms where there is full raw human emotion like the ending of Psalm 139? The dictation theory cannot account for these.

There seems to be some cases where in the case of prophecy things are different. In one such case, God is giving that prophet the words to say. But you can see the difference between Jeremiah’s prophecy and the book of Philemon. Paul is writing a personal letter about this runaway slave and trying to secure his freedom and forgiveness. It doesn’t look like prophesy. Much of the Bible is historical, the result of in-depth historical research and the recording of testimony like Luke’s Gospel or the book of Acts. Other parts of it are like Paul’s occasional letters that he writes to various churches.

This theory would be that God accommodates himself to the limitations and the vocabulary of the human author so that what is written has these human qualities to it. So God’s already surely accommodating us by speaking in Greek rather than whatever the heavenly language may be of God. John Calvin describes it as almost God lisps, almost speaking in baby talk so then we humans can understand what’s going on, like parents explaining things differently to our kids compared to fellow seniors.

It clearly is true that God has to condescend and accommodate himself to us in order to reveal himself to us in language, however it doesn’t really get at the problems of the dictation theory raised by things like what we read in the Psalm or the passage in Romans. We need to understand how the human author has input into Scripture that would explain things like this phenomena. The accommodation theory doesn’t really allow that sort of human input.

The view held by most scholars who adopt biblical Inspiration would be this third viewpoint.

This would give us a confluent Scripture. It would explain how the Scripture:

Supervision theory: How could God supervise the authors without dictation?

1. The Catholic perspective, John Henry Newman, British cardinal (Lectures on the scripture proofs of the Doctrines of the Church)

In what way inspiration is compatible with that personal agency on the part of its instruments, which the composition of the Bible evidences, we know not; but if any thing is certain, it is this, – that, though the Bible is inspired, and therefore, in one sense, written by God, yet very large portions of it, if not far the greater part of it, are written in as free and unconstrained a manner, and (apparently) with as little consciousness of a supernatural dictation or restraint, on the part of His earthly instruments, as if He had had no share in the work. As God rules the will, yet the will is free, – as He rules the course of the world, yet men conduct it, – so He has inspired the Bible, yet men have written it. Whatever else is true about it, this is true, – that we may speak of the history, or mode of its composition, as truly as of that of other books; we may speak of its writers having an object in view, being influenced by circumstances, being anxious, taking pains, purposely omitting or introducing things, supplying what others had left, or leaving things incomplete. Though the bible be inspired, it has all such characteristics as might attach to a book uninspired, – the characteristics of dialect and style, the distinct effects of times and places, youth and age, or moral and intellectual character; and I insist on this, lest in what I am going to say, I seem to forget (what I do not forget), that in spite of its human form, it has in it the spirit and the mind of God.

Newman says that while God is the author of Scripture, in some inexplicable way it is also very much a human product which evinces all of the characteristics of its human authors.

2. Lutheran perspective, Robert Preuss, in his book The Theology of Post-Reformation Lutheranism, 1970

The Lutheran doctrine of inspiration presents a paradox. On the one hand it was taught that God is the auctor primaries [that is to say, the primary author] of Scripture, that He determined and provided the thoughts and actual words of Scripture and that no human cooperation concurred efficienter [that is to say, as efficient causes] in producing Scripture. On the other hand it was maintained that the temperaments (ingenia), the research and feelings (studia), and the differences in background (nationes) of the inspired writers are all clearly reflected in the Scriptures; that there is nothing docetic about Scripture;

that God’s spokesmen wrote willingly, consciously, spontaneously, and from the deepest personal spiritual conviction and experience; that psychologically and subjectively (materialiter et subjective) they were totally involved in the writing of Scripture. These two salient features of the doctrine of inspiration must be held in tension. . . .

Now it may seem utterly inconsistent that the Spirit of God could in one and the same action provide the very words of Scripture and accommodate Himself to the linguistic peculiarities and total personality of the individual writer so that these men wrote freely and spontaneously. But this is precisely what took place according to the Biblical evidence and data. And if Scripture does not inform us how both of these facts can be true, we must not do violence to either or try to probe the mystery of inspiration beyond what has been revealed. The Lutheran teachers are well aware that there is a lacuna [or a “gap”] in their theology at this point. . . . ; and they are content to retain this logical gap and accept the paradox.

*Docetism was an early heresy that thought that while the spiritual is good, the material and physical is evil. Therefore Christ could not truly become incarnate. Preuss is saying is that there is nothing docetic about Scripture. It really is the product of these human authors as well as the divine author.

So from Preuss perspective, the doctrine of inspiration is inherently paradoxical and mysterious and it is no good trying to probe this mystery to resolve it.

3. Reformed perspective, B. B. Warfield, in his book Calvin and Calvinism.

purposely declares nothing as to the mode of inspiration. The Reformed Churches admit that this is inscrutable. They content themselves with defining carefully and holding fast the effects of the divine influence, leaving the mode of divine action by which it is brought about draped in mystery.

From Warfield’s point of view the doctrine of inspiration is simply mysterious and should just be left at that.

Categories: 5.2How do you get such an inspired text?