How many copies exist and how large is the time gap? 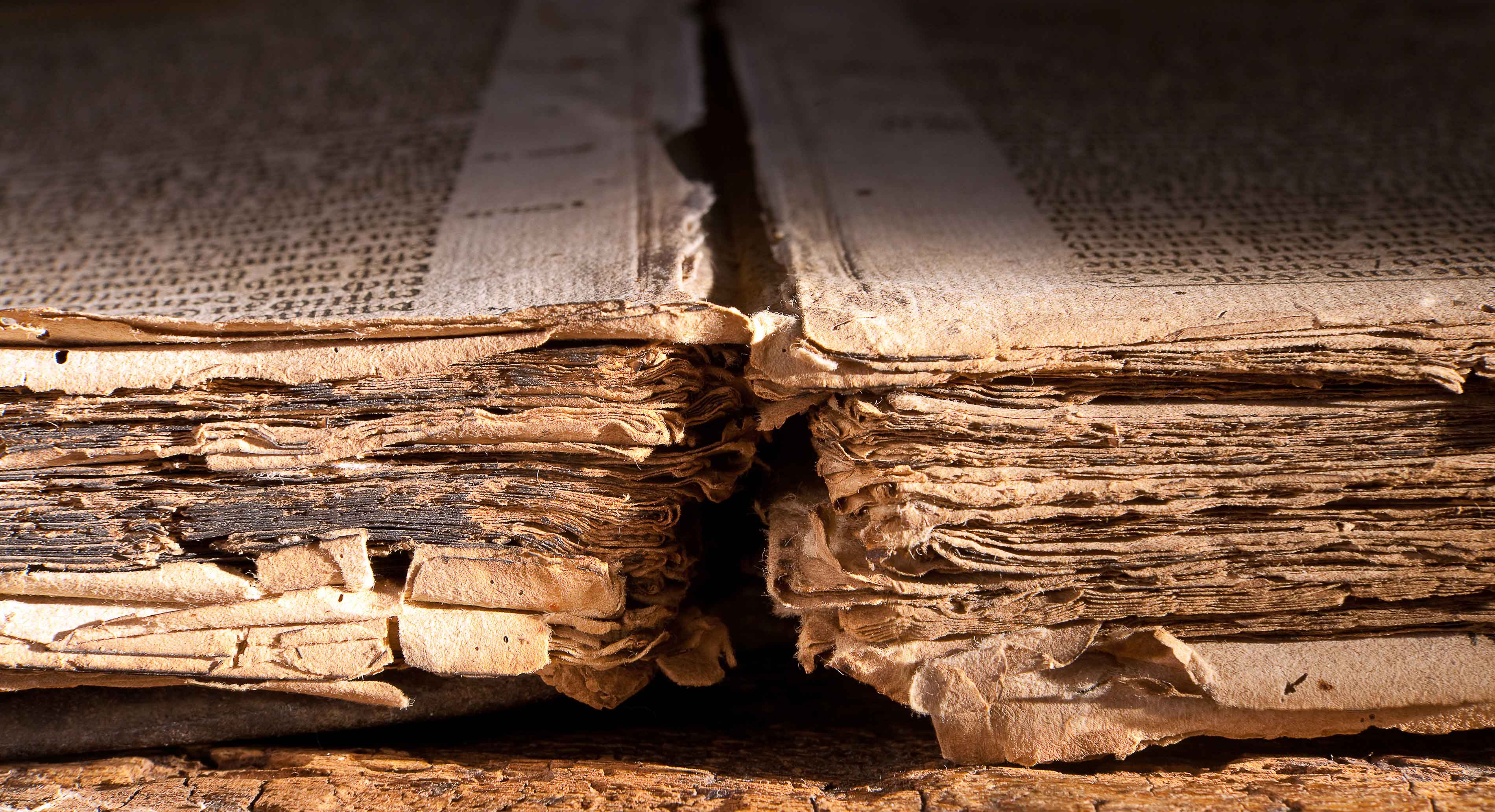 An Embarrassment of Riches

If there’s one thing in abundance archaeologically, it’s New Testament manuscripts, Leading Textual Critic scholar Daniel Wallace says that we have an “embarrassment of riches” when it comes to manuscripts, which we’ll explain here.

From early 2nd century to the Gutenberg press era, we have a continuing unbroken tradition over the centuries of manuscripts. We have approximately 5,700 (it fluctuates) ancient Greek manuscripts (GMS), anything from a fragment of a few verses to an entire New Testament and the gospels are best represented of all portions of the New Testament amongst these 5,700. We have over 100 NT Greek GMS on papyri, the early, less durable paper source; 300 copies of “majiscules”, GMS written in all capital letters; 3,000 are called “minuscules” written using cursive or lower case letters on vellum or paper. The rest are from lectionaries: books that collected scripture for reading during worship services.

The average greek New Testament (NT) manuscript is over 450 pages long, in total there are 2.5 million pages of text, leaving hundreds of witnesses for every book of the New Testament [Source: Dan Wallace debate with Bart Ehrman].

This number of 5,700 breaches 20,000 if we include other ancient language translations (Latin 8,000+, Coptic, Ethiopic, Armenian, Slavanic, Syriac etc. 9,300+) When we add lectionaries texts (Small books that contained readings of scripture for each sunday for churches that followed a liturgical calendar) and other New Testament documents, we are left with over 66,000 witnesses in the manuscripts to early Christianity

We have a large array of NT GMS in total, but one might challenge that the majority of these aren’t 2nd to 4th century. A few points from this

We have from the early period, 36,000 quotes from the New Testament (Some scholars reduce this number on estimations). Most are found in monastery libraries around the Mediterranean

Clement of Rome 95AD — He quotes from the synoptic Gospels, Acts, 1 Corinthians, Titus, Hebrews, and 1 Peter

Ignatius AD70-110 — He wrote seven epistles and in them he quoted Romans, 1 and 2 Corinthians, Galatians, Ephesians, Philippines, colossians, 1 and 2 thessalonians, 1 and 2 Timothy, James, and 1 Peter

Polycarp  70-156AD — He was martyred at the age of 86, but in that time he wrote letters and his second letter to the Philippians survives.There are near word-for-word quotations or similar from the books of Romans, 1 and 2 Corinthians, Galatians, colossians, 1 Timothy, Hebrews, one Peter, one and two John.

Clement of Alexandria 150-212AD — he quotes scripture 2400 times, from all but three of the books from the New Testament

Justin martyr AD133 — He quotes to four New Testament Gospels, along with 1 Corinthians and Hebrews.

Cyprian AD258 — A bishop of Carthage, he used approximately 740 Old Testament citations and 1030 from the New Testament.

Geisler and Nix conclude that “there were some 32,000 citations of the New Testament prior to the time of the council of Nicaea (325). These 32,000 quotations are by no means exhaustive, and they do not even include the 4th century writers. Just adding the number of references used by one other writer, Eusebius, who flourished prior to and contemporary with the council at Nicaea, will bring the total number of citations (prior to AD325) of the New Testament to over 36,000 [Geisler and Nix, GIB, 353-354]

Beginning in February of A.D. 303, the Roman emperor Diocletian ordered three edicts of persecution upon Christians because he believed that the existence of Christianity was breaking the covenant between Rome and her gods. The edicts called for the destruction of churches, manuscripts, and books and the killing of Christians. Hundreds if not thousands of manuscripts were destroyed across the Roman Empire during this persecution, which lasted until A.D. 311. But even if Diocletian had succeeded in wiping every biblical manuscript off the face of the earth, we still have the church fathers preserving the crucial Christian doctrines (in quotes alone 46% of the New Testament is preserved including all Christian beliefs).

Early church fathers—men of the second and third centuries such as Justin Martyr, Irenaeus, Clement of Alexandria, Origen, Tertullian, and others —quoted the New Testament so many times that Christian beliefs could simply not be wiped off the face of the earth.

How many manuscripts do we have for other documents from antiquity? The comparison is quite ridiculous:

Compare just Greek New Testament manuscripts to all manuscripts of Homer’s Iliad and it’s triple in quantity but it’s off the charts a when comparing to the 66,000 manuscripts.

How does the New Testament fair against the other documents of history by comparison?

We have as many as a dozen manuscripts from second century according to Professor Daniel Wallace, 64 from the 3rd century and 48 from the 4th century. That’s a total of 124 manuscripts within 300 years of the composition of the New Testament and the whole new testament are found in these manuscripts and many are found multiple times.

People say most of the 5,700 manuscripts are much later than the 2nd-4th century, what they don’t tell you is that these later manuscripts add only 2% of material to the text with only a 5% difference in content. Dan Wallace words it like this “

if we could imagine a snowball rolling down a hill picking up alien elements through the centuries, it is remarkable that it only picks up 2% more material over 14 centuries”

Compared to other ancient historical documents, nothing comes even close.

If  anyone is sceptical historically of the New Testament documents, they should be far more so of all other ancient works.

“In comparison with the average Greek author, the New Testament authors are well over a thousand times more plentiful…this is indeed an embarrassment of riches”

Scholars are confident that we have put Plato and Homer back together with firm confidence.

“Homer’s Iliad is the no.2 manuscript authority. More manuscripts are found for this than any other classical work. Right now we have about 1820 copies of it. But for the Bible we have 66,000 manuscripts and scrolls of the bible. 66,000!”

Accusation: why don’t we have more early Greek manuscripts?

So everything begins on papyrus and this develops eventually to vellum parchment which were much nicer to write upon with no rough edges like Papyrus (especially the reverse side).

These manuscripts were written in whats called majiscule style, all capital letter fonts. These were eventually replaced by minuscule script which was a more rounded form of type making use of ligatures and is really the birthing of lower case letters.

The reason why we have the majority minuscule texts is because they have large letters, small letters and put spaces between words and use punctuation. Before then, we didn’t use these tools so obviously when this was developed this became the favoured text style there on. These are techniques we used to this day. So these texts began to develop in the 9th century and were far easier to use than these complicated, majiscule style scrolls. This is why most of our manuscript are from the 9/10 century onwards.

Another factor in the 3rd century in the west, people stopped using Greek and switched over to Latin especially in church theology, so, as a result, we have many more Latin manuscripts.

In the east in places like Palestine Egypt North Africa key places for Christian learning for many years, these were considered Christian nations for many centuries but then something historically happened between 632 and 732 AD. Between these years Muhammad dies and there is a century of Muslim expansion and so Islam expands out over Arabia all the way into Asia minor all the way across Iraq and North Africa into Europe — up to Spain and Portugal into France itself when we’re finally at the Battle of Tours they are turned back by Charles Martell. Islam took over countries which were the primary area for production of Greek manuscripts, that’s not good for the production of manuscripts so historically there is a reason why we see what we see in the manuscript collections.

Categories: 3.3How many copies exist and how large is the time gap?