The Cosmic battle of the cross: The missing answer in the problem of evil debate. 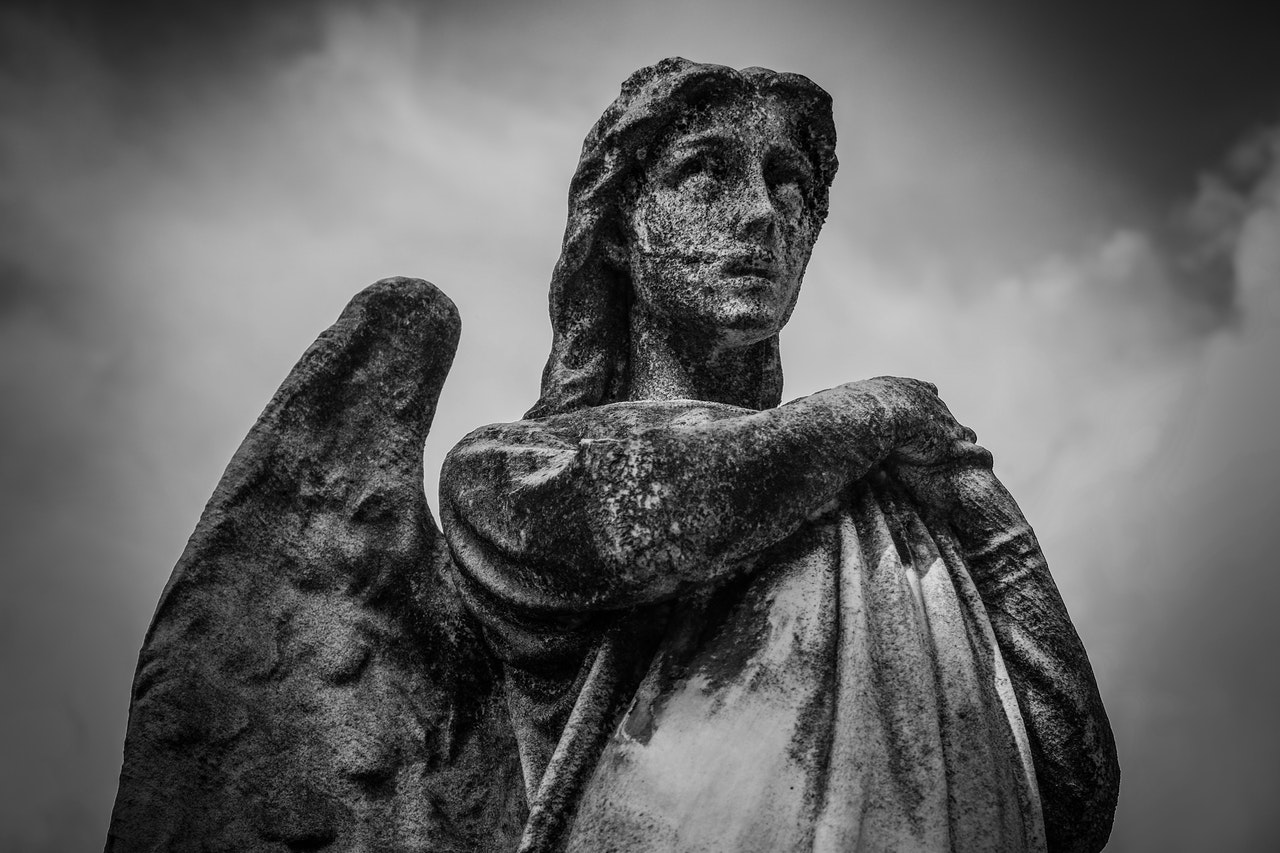 Evil didn’t begin with human beings; evil began with the rebellion of Satan and other angelic beings.  Although we know a little bit about how God is going to do with Satan scripture tells us very few details about how and why Satan rebelled against God.  However there is a plausible explanation based on what we know from the scriptures to be a possible scenario about Satan’s rebellion and what God has done about it.

So, When were the angels created?

Why did Satan and the Angels rebel?

Because Satan tempted eve, it is clear that Satan fell prior to the fall of Adam and Eve. And I think we can move the date earlier than that. In Matthew 25:41, Jesus said to the lost humans, “Depart from me, you cursed, into the eternal fire prepared for the devil and his angels.”1 Notice that Jesus said the eternal fire was not prepared with humankind in view, but “for the devil and his angels.” Contrast that with verse 34, where God says of the saved that they will “inherit the kingdom prepared for you from the foundation of the world.”

Also, in Revelation 13:8, we read that the names of the saved were written in the Lamb’s book of life “before the foundation of the world.” In other words, God created the world with lost humans in view, knowing that Jesus would have to die to save them. But hell was not originally created with lost humans in view, so it’s plausible that hell was created prior to the creation of the world, and therefore the devil and his angels probably rebelled before God created the world.

Why did Satan Rebel?

Although we don’t know the ins and outs of what Satan wanted specifically, we can know why he rebelled against God. Why does anyone rebel? Because they think they deserve better!

We know Satan was proud (1 Timothy 3:6) and from what we can observe, he thinks God was holding him back in life from what he truly deserved.

“The moment you have a self at all, there is the possibility of putting yourself first—wanting to be the centre—wanting to be God, in fact.”

“Precisely because a created will belongs to a creature, that creature, if sufficiently reflective, can reflect on its creaturehood and realize that it is not God. Creaturehood implies constraints to which the Creator is not subject…The question then naturally arises, Has God the Creator denied to the creature some freedom that might benefit it? Adam and Eve thought the answer to this was yes…In short, the problem of evil starts when creatures think God is evil for “cramping their style.”

Satan tempted Eve telling her that if she rebelled, she could be like God! (Genesis 3:4) interestingly in Isaiah 14:12-14 we discover Satan’s motivation is what he’s passing on:

How you are fallen from heaven, O Day Star, son of Dawn! How you are cut down to the ground, you who laid the nations low! You said in your heart, “I will ascend to heaven; above the stars of God I will set my throne on high; I will sit on the mount of assembly in the far reaches of the north; I will ascend above the heights of the clouds; I will make myself like the Most High.” We see the same thing in Ezekiel 28:17: “Your heart was proud because of your beauty; you corrupted your wisdom for the sake of your splendor.” Satan thought he deserved better—he thought he could be like God.

What about the other angels that joined him?

The scriptures tell us as many as ⅓rd of heaven fell with Satan, but why would they follow him? Well the views are Satan was their leader or he seduced them as well, or both!

So what was God’s response to all this?

Notice what God didn’t do. He didn’t immediately destroy all the rebels. This makes sense, because their immediate destruction could have cast doubts about God’s goodness. If God only wanted to teach beings that He truly does act in a just and right manner, then He would want to immediately destroy those who challenged Him, for that would only send a “might makes right” message: disobey and die. Such a message would only encourage feigned loyalty, and feigned loyalty is no more than rebellion waiting for an opportunity. The Lord is not interested in that.

Why don’t the unfallen angels sin?

Well now we’re into hypothesis territory. St. Anselm said this on the topic: God elevated the not-fallen angels in such a way that they lacked nothing they could ever want, which would make temptation impossible. The trouble with this is twofold: there’s no Biblical evidence for Anselm’s contention, and obedience based solely on giving beings everything they could ever desire isn’t really obedience.

A second idea is that the angels who passed their probationary test and did not sin were confirmed in their holiness (1 Timothy 5:21)

A third idea similar to the second is they received a level of grace that confirmed them in their position.

Can God simply always make angels choose righteously? That is a negation of free will.

What does seem scriptural is that after Satan and his angels rebelled, the Lord did something formidable—He prepared “eternal fire…for the devil and his angels” (Matthew 25:41).11 He created hell! I suspect that God’s creation of hell would immediately deter other heavenly beings from ever again considering overt rebellion. But, as I mentioned above, that wouldn’t convince them that God is right.

Perhaps God allowed angels to sin so they could freely see what happens when you plunge yourself into depravity and the angels with God would know which world would be better to live in. They would see the wretchedness of sin and desire not to do it (Like a man with no desire to run into a burning tar pit). What we can see throughout Scripture, especially from the opening chapters of Genesis and Romans 1, the plunge into depravity is steep. As the holy angels witness the horror of the fallen angels’ rebellion, it must confirm to them that God was right all along.

If Satan rebelled because he thought he deserved better, then it’s no surprise that he would try to make the case that his impending doom is unfair. Thus he becomes the “the accuser of our brothers and sisters” (Revelation 12:10, see also Zechariah 3:1 and Job 1). In fact, Satan literally means “accuser” or “adversary.” By accusing the saints, Satan tacitly argues that he isn’t the only one who can’t meet God’s standards—no one can. Therefore God asks too much; He sets the bar too high.

This then would provide the unspoken motivation behind much of Satan’s argument regarding Job. God pointed out how righteous Job was, and Satan replied:

Does Job fear God for no reason? Have you not put a hedge around him and his house and all that he has, on every side? You have blessed the work of his hands, and his possessions have increased in the land. But stretch out your hand and touch all that he has, and he will curse you to your face (Job 1:9-11).

Satan, in essence, said, “Of course Job serves You. You give him everything he wants! If you had given me everything I ever wanted, then I would never have rebelled either.”

Isaiah 64:4 testifies that “all our righteous acts are like filthy rags,”13 and Romans 3:12 says that “no one does good, not even one,” so it would appear that Satan had a point!

Then God sends Jesus. Because Jesus kept the law perfectly, he justified Satan’s judgement. Revelation 12 sheds some light on this.

Now the salvation and the power and the kingdom of our God and the authority of his Christ have come, for the accuser of our brothers has been thrown down, who accuses them day and night before our God. And they have conquered him by the blood of the Lamb and by the word of their testimony, for they loved not their lives even unto death

We learn from this passage that Satan couldn’t be cast out until Christ was victorious on the cross because prior to that, Satan’s argument had some level of merit to it.

“Until the death of Christ, it could appear that the devil had a good case, since God ushered all deceased OT saints into His saving presence without exacting the penalty of their sin. Satan was allowed to lodge these complaints because there was some degree of truth in them.”

But once Jesus honoured God, in spite of immense suffering, He justified Satan’s judgment. Satan’s case was lost.

We will then judge the world as well as Satan. There’s a cosmic battle and removing it from the problem of evil would be unChristian and unhelpful. I know answering the problem of evil philosophically is important and we should continue to do that, but ultimately this is a Christian defence, not an Islamic, Buddhist or Hindu defence. It is Christian and if Christianity is true, the cosmic realm comes with it.