The letter of 1 Peter 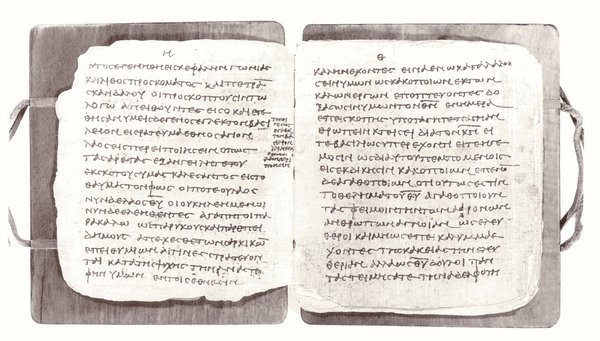 Who is the Author?

As we begin to read the letter, the writers statement of authorship is clear

“Peter, an apostle of Jesus Christ, To God’s elect, exiles scattered throughout the provinces of Pontus, Galatia, Cappadocia, Asia and Bithynia, who have been chosen according to the foreknowledge of God the Father, through the sanctifying work of the Spirit, to be obedient to Jesus Christ and sprinkled with his blood: Grace and peace be yours in abundance.

So strong is the evidence for the use of this epistle in the early church that some scholars have regarded it as proved and maintained that it was considered to be canonical as early as this word had a meaning. [Guthrie, 760] There are parallels in Clement of Rome’s Epistle to the Corinthians, Ignatius, Barnabas, and Shepherd of Hermas. These may indicate borrowing, but not necessarily. Polycarp definitely quotes from it, though he does not identify the quoted material as coming from Peter. Irenaeus, however, does quote from it, and regards it as a genuine work of Peter. From the last third of the second century on, this letter is frequently regarded as Petrine, and is cited by Tertullian, Clement of Alexandria, Theophilus of Antioch, etc.

The Muratorian Canon’s omission of either First or Second Peter can only be an argument from silence, especially in light of the great probability of there being a lacuna (a space in the manuscript that is missing) at this point in the fragment. The scholar Guthrie summarizes:

Although it may not have been used as freely in the West as in the East, there is no evidence that it was ever disputed.

…the early 1st-second century church, as far back as any evidence exists, regarded it as a genuine epistle of Peter, and so any objections to such an authorship must handle the weight of this evidence.

If you want to see the objections put up against 1 Peter’s authorship and the responses to these arguments, see here.

What is exciting here is having a complete document of 1 Peter, though the date fluctuates, it’s still great to have a complete manuscript of. What’s also interesting is how it is bound up with 2 Peter and Jude considering the content of 2 Peter and Jude have a lot of crossovers. Considering the average deterioration rate of a Papyri manuscript to be within a few hundred years, these manuscripts are very impressive.

Living in close proximity to Jesus Christ for more than three years had provided the apostle Peter the best possible example of what it looked like to live in holiness amid a hostile world. More than any other man who walked the earth, Jesus modeled that lifestyle. Peter therefore pointed his readers in the best possible direction, to Jesus Himself. The apostle called Christians to “sanctify Christ as Lord” in their hearts, that believers might live and act as Jesus desires during their short time here on earth (1 Peter 3:14–18). This would include submission to authority—even unjust authority—in the government, in the home, and in the workplace. Jesus becomes the focal point for ordering one’s life in the midst of trials and tribulations. By rooting their perseverance in the person and work of Christ, believers can always cling to hope in the midst of suffering.

1 and 2 Peter are often considered together with Jude due to the close similarity between 2 Peter and Jude. Reading this article and the one on 2 Peter will make sense.

Second, Peter repeatedly warns his readers to be good citizens (2:13), and the warnings of persecution sound as though the Christians are in a precarious position with the governing authorities, so they need to be on their best behavior. Even good behavior will not eliminate the “fiery trial” that is coming (1 Pet 4:12), but it may ease the consequences.

Therefore, the background of 1 Peter has three conditions:

We know that Peter was martyred around 66 A.D., the only time that fits these conditions would be at the beginning of the persecution of Christians under Nero. Nero made the Christians scapegoats for the Roman fire of July 18-19 in 64 A.D. Therefore, the best date for 1 Peter would be around 65 A.D with the assistance of Sylvanus (Silas) as a scribe (1 Pet 5:12).

What was the acceptance rate of 1 Peter as canonical by those early and later witnesses of the text? Polycarp uses 1 Peter very early on, a man from the first century and disciple of John the apostle. As well as this, the heretic Valentinus uses this book. Beyond this, from Irenaeus onwards, there is almost continuous acceptance of the letter as being canonical.

Jesus, nor the apostles, nor Polycarp, Clement or Irenaeus left much for us to work with in terms of a formal “ok so here’s the rules of determination”. But what they did do is inform us that they had an informative way of knowing what was truth and what was not. And the truth had to have a connection to eyewitnesses.

For we did not follow cleverly devised stories when we told you about the coming of our Lord Jesus Christ in power, but we were eyewitnesses of his majesty.

2“So now we must choose a replacement for Judas from among the men who were with us the entire time we were traveling with the Lord Jesus— from the time he was baptized by John until the day he was taken from us. Whoever is chosen will join us as a witness of Jesus’ resurrection

One of the soldiers, however, pierced his side with a spear, and immediately blood and water flowed out. (This report is from an eyewitness giving an accurate account. He speaks the truth so that you also may continue to believe.)

“God raised Jesus from the dead, and we are all witnesses of this.

You killed the author of life, but God raised him from the dead. And we are witnesses of this fact!

We are witnesses of these things and so is the Holy Spirit, who is given by God to those who obey him.”

“And we apostles are witnesses of all he did throughout Judea and in Jerusalem. They put him to death by hanging him on a cross,but God raised him to life on the third day. Then God allowed him to appear, not to the general public, but to us whom God had chosen in advance to be his witnesses. We were those who ate and drank with him after he rose from the dead. And he ordered us to preach everywhere and to testify that Jesus is the one appointed by God to be the judge of all—the living and the dead. He is the one all the prophets testified about, saying that everyone who believes in him will have their sins forgiven through his name.”

[Paul] With Christ as my witness, I speak with utter truthfulness. My conscience and the Holy Spirit confirm it.

I passed on to you what was most important and what had also been passed on to me. Christ died for our sins, just as the Scriptures said. He was buried, and he was raised from the dead on the third day, just as the Scriptures said. He was seen by Peter and then by the Twelve. After that, he was seen by more than 500 of his followers at one time, most of whom are still alive, though some have died.Then he was seen by James and later by all the apostles. Last of all, as though I had been born at the wrong time, I also saw him. For I am the least of all the apostles. In fact, I’m not even worthy to be called an apostle after the way I persecuted God’s church.

And now, a word to you who are elders in the churches. I, too, am an elder and a witness to the sufferings of Christ. And I, too, will share in his glory when he is revealed to the whole world. As a fellow elder, I appeal to you:

Caius the church father in 200AD writes how they knew of two fake letters circulating in Paul’s name.

“There are also in circulation one to the Laodiceans, and another to the Alexandrians, forged under the name of Paul, and addressed against the heresy of Marcion; and there are also several others which cannot be received into the Catholic Church, for it is not suitable for gall to be mingled with honey”.

How did they work this out? How did they know what was the divinely inspired word of God? We can thank Eusebius for beginning to help us clear up this territory. In his Ecclesiastical History, he mentions his four categories of books with descriptions as to why some were accepted, disputed, rejected and seen as heretical from his survey of the church fathers history going back and into the apostolic age. This is the structure we will take when we assess the books of the New Testament and this includes investigating the books the church rejected.

So these summarised standards are these:

Right from the bat in 1:1 we get that Peter is the author, the apostle and potentially has Sylvanus (Silas) as a scribe (1 Peter 5:2). Peter is the lead apostle and certainly one of significance. His death is mentioned even by non-christian sources.

Peter calls people to live and act their lives on what Jesus taught. Of course, a man this close to Jesus would be in a position to share his teaching and expound the value of it and build christians up because of it. You couldn’t get more Orthodox than Peter.

There has been no challenge by the early church fathers to 1 Peter and is used very early on by Polycarp, a disciple of the apostle John who of course was in the inner circle with Peter and James. Even heretics used it in their canons!

The apostle called Christians to “sanctify Christ as Lord” in their hearts, that believers might live and act as Jesus desires during their short time here on earth (1 Peter 3:14–18). Jesus becomes the focal point for ordering one’s life in the midst of trials and tribulations. By rooting their perseverance in the person and work of Christ, believers can always cling to hope in the midst of suffering. This was relevant to those coming under the sword of Nero and Roman persecutors to come in the near future. It is also relevant in its appeal today, Christians around the world standing in such sanctifying ways will lead people to a greater knowledge of Jesus Christ. This teaching is relevant then as it is today.

Apostles are sent by God, literally meaning God’s messengers. Peter was such a messenger and in Jesus’ inner circle. Peter fits the above criteria and would make sense to say his work is inspired and be considered scripture.