What about those who have never heard? 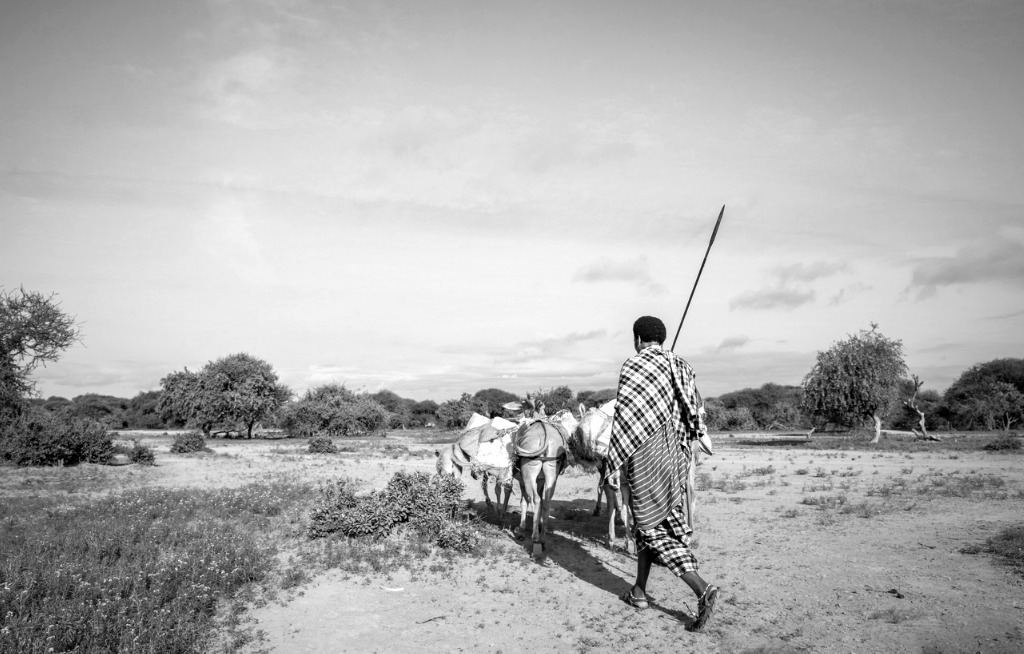 So a common objection that comes up is if those who are to be saved need to hear the Gospel, what about those who have never heard about it? Many sceptics say people on the judgement day, through no fault of their own, will be condemned because they lacked the evidence, the gospel and everything else. What do we say to such?

Let’s do some groundwork prior to answering the full extent of this question. Firstly, the gospel has been well spread. As Paul Marshall has observed, “Most Christians are not white. Christianity is non-European in origin. Christianity was in Africa before Europe, India before England, China before America. Three-fourths of world Christians live in the Third World.” Christianity is Middle Eastern in origin, and throughout the world, more women are Christians than are men. Marshall also points out that more people attended Christian services in China last Sunday than attended Christian services in all of Western Europe combined. “The same is true of Nigeria, and probably true of India, Brazil, and even the world’s largest Muslim country, Indonesia.” At Pentecost, Parthians, Medes, Elamites, Mesopotamians, Egyptians, Libyans, Romans, Asians, “both Jews and proselytes, Cretans and Arabians” heard the gospel (Acts 2:9-11).

We know that tradition has it that Thomas brought the Gospel to India in 52AD and there are Christian tombstones in China no later than 86AD. Ethiopians consider the Eunuch in the book of Acts to be the founder of Christianity in their country. Paul of course brought and spread the Gospel all around eastern Europe and it made its way to Greece before Paul even went there! (We can thank the incidents in Acts 2 Pentecost for that).

So we can start with the fact that since Christ’s incarnation and resurrection the gospel has been spread to much of the known world.

Many (in fact the majority population) arn’t Christian because they don’t have exposure to the Gospel. Romans 1:18 tells us they suppress the truth. Ok that’s scripture, but what can we observe?  One such example is that in 1900, “Turkey was about 30 percent Christian, while Syria was 40 percent.” [8] But since then, the persecution of Christians has reduced their numbers in Syria to about 10 percent and in Turkey to less than 1 percent. [9] Today, many Christians in the Middle East are beheaded or crucified.

We hear similar stories today, organisations such as Open Doors expose in their top 50 countries where it is difficult to be a Christian, information about people are killed, raped and tortured for their faith. That’s a sure way to suppress the spread.

January 23, 1999, while sleeping in their car, Christian missionary Graham Staines and his two sons, Philip (10) and Timothy (7), were murdered. Their car was doused with gasoline and set on fire. The attackers stopped them from getting out and shouted, “Justice has been done; the Christians have been cremated in Hindu fashion.”

That the persecution of Christians has taken place in places that are commonly thought to have had little or no exposure to the gospel confirms that its message has spread more than many people realize. For example, in 1597, 26 Christians (20 Japanese and 6 missionaries) were crucified at Nagasaki. And in 1614, Tokugawa Ieyasu, the first of the Tokugawa shoguns, issued and enforced an edict aimed at the complete extinction of the Christian church in Japan. He did not fully succeed, but the dwindling of Christian believers due to torture-induced recantation and death, and the near total absence of new converts, meant that for all practical purposes Christianity in Japan was annihilated. Still, Christianity had a presence.

In the 1300s, Muslims killed hundreds of thousands of Christians in China, and in 1724, Christianity was banned and hundreds of missionaries and converts were put to death. In 1900, crazed mobs were incited by an edict given by the empress: “BY IMPERIAL COMMAND EXTERMINATE THE CHRISTIAN RELIGION! DEATH TO THE FOREIGN DEVILS!”

So again, the Gospel is being preached, but the messengers are being strangled.

It is spread in surprising ways

In Acts 8:26-39 Phillip was guided by the Spirit to go talk to the Ethipian Eunuch and this entailed the coming of christianity to Ethiopia.

I personally have been moved by the Spirit I believe to talk to someone about Christ, pray with them and they are now a confident professing Christian (I should mention that I was praying 6 months prior and saw a picture of the guys face roughly while praying. Long story short, why can’t God do this?). There are many cases of Muslims claiming to meet Jesus in a dream.

Joel Rosenberg relates that “if you travel through the Middle East, you will meet many ex-Muslims who will tell you, as they have told me, that they have seen dreams and visions of Jesus, who personally told them to follow Him.”

Dreams, visions, Christians being lead to others specifically, God can use these elements and of course many see a tv commercial, see a film etc.

Most refuse the Gospel

God knows our hearts. He knows who would turn to him given the opportunity, and unfortunately, most do not. Romans 3:10-11 tells us that no one seeks God, this is true. Without the work of the Holy Spirit, none would be saved.

In fact, Romans 1:18-20 teaches that everyone already has a general revelation of God available to them:

“The wrath of God is revealed from heaven against all ungodliness and unrighteousness of men, who by their unrighteousness suppress the truth. For what can be known about God is plain to them, because God has shown it to them. For his invisible attributes, namely, his eternal power and divine nature, have been clearly perceived, ever since the creation of the world, in the things that have been made. So they are without excuse”.

John Feinberg, in his book The Many Faces of Evil, writes, “So everyone has enough revelation to know that there is a God, something of what he is like, and a sense of right and wrong. Paul adds that as a result, they are without excuse.” Sceptics who opine that God didn’t give enough evidence to justify belief in Him are sadly mistaken. The natural result of looking at creation should lead people to the conclusion that there is a God who created the universe.

“For God speaks in one way, and in two, though man does not perceive it. In a dream, in a vision of the night, when deep sleep falls on men, while they slumber on their beds, then he opens the ears of men and terrifies them with warnings, that he may turn man aside from his deed and conceal pride from a man; he keeps back his soul from the pit, his life from perishing by the sword”.

Thus, God can reach people and share the gospel with them through dreams or visions. Feinberg writes, “Those who don’t get that information [the gospel] don’t fail to get it because it was impossible to attain it; rather, they fail to get it because they reject the truth they have and don’t seek further truth about God.” [32] Feinberg thus concludes:

“As a result, even those who never heard the gospel are guilty before God. They are guilty because they have some revelation of God already (and have rejected it), and could have much more, including the message of salvation, if they wanted. But no one on their own wants more truth or wants to live in accord with the truth they have, according to Paul. Hence the fact that they don’t get this further information isn’t God’s fault; it is their choice”.

God does know with certainty those who would accept or reject His offer of salvation, and he is not obliged to make sure those whom he knows would not attend would nonetheless get an invitation.

So that’s nearly everyone, but what about children who never stood a chance?

It is given to children also

There is an argument that people on the Arminian, Molinist and Calvinist sides agree on: Deuteronomy 1:39 gives a strong case for those who die before the age of accountability go to heaven. Passages such as Luke 28:16-17 where Jesus says the kingdom of God belongs to children such as these.

It is important to note also that such a position would apply to the handicapped as well with limitations beyond their means.

Clay Jones has said “It’s true that no scripture unambiguously guarantees that children will be saved, but if they are, God would have good reason for not unambiguously making that clear, for then abortion and infanticide would guarantee a child’s salvation! Imagine the abuses that would occur from that knowledge! Whatever the case, we can rest in God’s love and mercy regarding their fate.”

Good thing we have a firm command against murdering, right?

As an alternative thought related and perhaps one slightly beyond us in practice, God knows with confidence what decisions the children or handicapped would have made if such limitations (such as life being cut short or disability) were removed for them to hear and know the Gospel. So either God knows they’re all going to heaven or he knows how their lives would’ve played out given their free choices on the earth.

No one is forgotten about,

This is made apparent in scripture that all those before Christ are saved because of him even though they did not directly know him. They are saved under the Old Covenant. Also those where Christianity still has not reached, Romans 1:18-20 still applies. God will judge people by how they respond to the revelation we do have, not on what we do not. As secular as somewhere like the UK may feel now, there are still more Bible’s than people, we have the internet, Youtube etc. Sure, there are more intellectual barriers to faith online and communities to ally your sceptic self to, but the arguments of natural theology still stand and are available—as is the evidence for the resurrection.

What about those who’ve never heard then? They will be treated fairly. No one will be hard done by, for that is impossible with a perfectly loving and just judge.