What is the New Testament Canon? 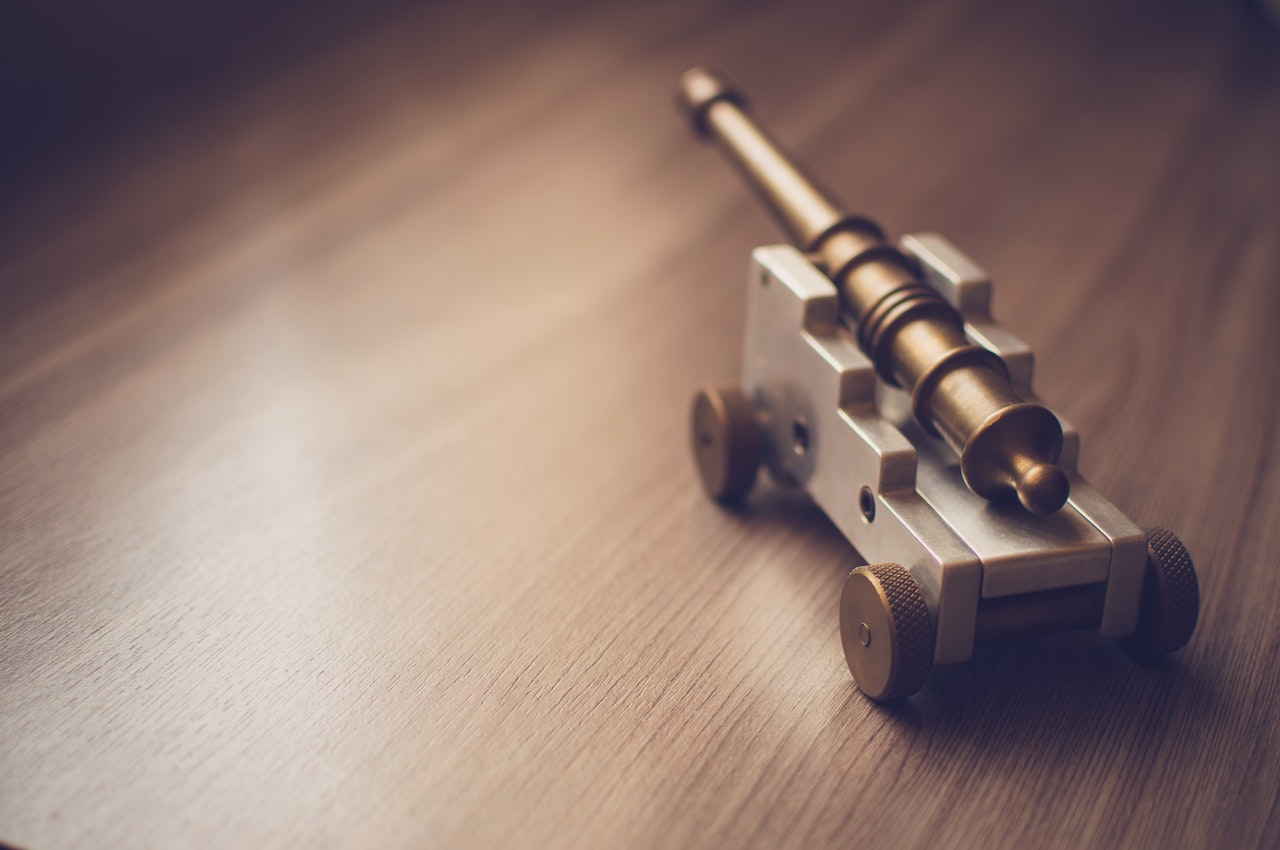 What we want to make clear is the church did not orchestrate the creation of the cannon; it did not determine which books would be called scripture, the inspired word of God. Instead, The church recognised or discovered which books have been inspired from their inception. God gives these books divine authority, not the people of God. They nearly recognise the Divine authority which God gives it.

Scholars for many years have said that the New Testament books were not
the sort that people actually could determine what belonged to the New Testament rather they were the sort of books that no one could keep them from getting into the New Testament they had this intrinsic authority to them that we finally have recognised and we will explain this in due course.

To establish how the books of the New Testament Canon were established it is important to understand what it meant by canon and what that entails. The word Canon means rule and was the measure to establish what books made it into the Canon. This isn’t a rule that was imposed by some church council, but the natural observation of how the early Christians knew what was and what was not scripture. Once we define the criteria it will make a lot more sense why these could not be imposed because the criteria don’t work as a means of “this sounds nice or works to our agenda”, quite the contrary as we will see.

What was the criteria for the canon?

The criteria can be divided into four key sections and a fifth additional one. We will briefly outline them before going into depth. We will further on go onto how Church Fathers like Eusebius from his letters and books, determined between books which he as a historian, put through the filtering process. The criteria seems to be innate — not written down that we know of, but known to all and clear as you’ll soon see.

1-2 would seem the strongest to an outsider with 3 expected. 4 would certainly depend on 1-3 at least and 5 you could observe in the text. (For example some later works by church fathers are just quoting Canonical books and some casual thoughts, no suggestion of divine revelation.

The first and most important criteria would be this one. There are several aspects to the criteria. First of which is it had to be written by an apostle or an associate of an apostle (James & Jude were Jesus’ brothers so they are an associate of Jesus directly but in a slightly different way). This was crucial because if they did not know or bear the marks of an eyewitness their testimony would be secondary. We will explore authorship directly in the later chapters but all New Testament authors are either an apostle or very close associate of an apostle.

Another factor would be the writing during the apostolic age. This requirement keeps the ability for apostles to verify certain writings and determine their truth, since they were eyewitnesses to Jesus’ ministry. With the passing of John which is multiply attested (see section on John), the apostolic age ends which happens to be toward the end of the first century which is why any text not first century would be outrightly be rejected by the church as uncanonical sand with good reason as professor Daniel Wallace expresses:

“There’s a second century impulse that begins that says: add the name of an apostle to a book to make sure it really is by that person. Those kind of things we see in these apocryphal books, in the Gospels of Thomas, Mary, Judas, all these works ascribe title of the books in the text, not above it… The ancient church fathers were unanimous that Mark got his gospel from the apostle of Peter. Mark was a follower of Paul, an associate of Paul to start with, but he got his gospel from Peter. If you have this apostolic authorship impulse, why isn’t the gospel of Mark ever called the Gospel of Peter? It isn’t. So that apostolic authorship impulse is not something that’s intrinsic to the New Testament, it’s intrinsic to pseudepigrapha, apocryphal books that came later… Anytime the church recognised a book was not written by the name it claimed to be rejected by, automatically it got rejected”.

We will get into these rejected works further in.

Examples of associates but not eyewitness admissions would be In The gospel of Luke. The author admits at the beginning he is not an apostle, nor an eyewitness but he got his information from eyewitnesses. Luke is our antiquity journalist but also a physician, a profession of integrity and accuracy. In the section on Luke, we see his association with Paul and his opportunities to spend with the eyewitnesses.

Mark’s gospel was not necessarily an eyewitness, but a companion of Paul. It is said he got his information from Peter and there is a strong case in the section on Mark. He is essentially reporting Peter’s memoirs.

The book of Hebrews is an interesting one. It is very likely a Colleague of the apostles or a colleague of Paul as the content is very Paul-ine in content, style and format. Criteria’s 2-5 hold this one very well as this book was accepted early by the church.

By orthodox, of course we don’t mean the eastern church, but the actual orthodox definition. The teaching would be consistent with the oldest Christian documents and would flow, by principle, from the Old Testament (Unlike Gnostic & Pseudepigrapha documents). Christians didn’t believe Jesus has altered out meaning to the Old Testament scriptures, he fulfilled them and would remain consistent with them.

In considering books to be orthodox, all the New Testament books enjoyed acceptance in this category, Revelation had the hardest time and understandably. But John the apostle being the author and it being written in the apostolic age helped a lot I think (But if it’s God’s Will, it would be included, no matter how that happens). Hebrews, although the authorship was questioned, it was unquestionably orthodox with early acceptance.

Not like the Roman Catholic Church… that does not arise till the 4-5th century (Though the Da Vinci Code makes that mistake). This principle refers to what is universal, widely agreed upon and well known. There has never been a document that was considered authoritative by one sect/ offshoot/small group/one geographical portion of the Christian world. It would have to receive global significance. Even in the case of the Gnostic Gospels, there’s no even the slightest hint of these documents ever been seen at the same level of authoritative teaching of the four Gospels (Even early Heretics like Marcion didn’t use them!) and we have a good amount of data on the Gnostic works.

One question could be asked of books known as the pseudepigrapha, some of which are early christian writings like the Didache that were written early on, why were they not readily accepted? (We will go one by one into These later). Firstly none of them enjoyed anything more than a temporary or local recognition. Documents like the Didache was more like notes pulled from studying the New Testament, like a summary document for example. Secondly, many of these pseudepigrapha documents were seen as good teachings and could appear in a table of contents, but they were always semi-canonical, that is, taken from the canon or Christian teachings, some could be useful in sermon material for example. The third reason we observe historically is no major canonical list or church council included them as inspired books of the New Testament. The fourth reason would be due to limited acceptance enjoyed by most of these books and that is attributable to the fact that they attach themselves to references in canonical books, because of the alleged apostolic authorship. Once these issues were clarified, there remains little doubt that these books were not canonical.

This observed criteria discusses the relevance of a chosen book to the church. By this, we mean works such as novels, obvious forgeries, poems and material of secondary nature would be of little value. Now some of the smaller books in the New Testament were less readily accepted, not because their authorship was in any doubt, but due to the size of their works. Why would an inspired work be so small? Also smaller books were shared less compared to the extensive letters of Paul and the Gospels, whereas Jude is but a chapter. From a scroll perspective, you may dedicate your expensive scrolls to books which had more broad ranging teaching compared to these smaller books. Michael J. Kruger summarises the dilemma and conclusion here.

“When you look at the state of the canon in the early church, there’s two important facts to get right about it. One is to recognise a core collection of books that the church recognised almost immediately. What that means is by the second century we have 22, maybe 23 books already there. The second thing to recognise is there were some books that were disputed. There are some books that we can call the books around the edges that there was some more controversy about and these are 2 Peter, James, Jude, 2 & 3 John… the kind of books typically disputed were little books, this is noteworthy. Small books were not as impactful in the literature of the day, they were not read as often, they were not as widely known, they were cited less, so that they were not familiar across different geographical regions so it would take more time to recognise these books and you can understand why they might be disputed more than others. Here’s what’s interesting, once the church had reached a consensus on these 27 books, that consensus has been wide and longstanding”.

Possibly the most subjective category but one that could feed into the rejections of early writings of Barnabas (Not the medieval Muslim forgery) which may be interesting, but was never treated as canonical. This criteria is to do with the personal transforming ability of the text. The New Testament scriptures possess depth and intricacies which ran true to the hearts. This is the most subjective category, especially if you’re a sceptic, but nonetheless a criteria for which church fathers would have deeply held to. The church fathers themselves heavily quoted the New Testament scriptures due to the nature of their transforming ability.

The Canon was a filter to which the New Testament books could be tried and tested through. Criteria’s 1-3 seem to be essential historically with 4-5 more personal. The church had no fear of books getting left out, this was never in question that some secret book about Jesus had been long forgotten. No, the only concern was did something get in that should have been left out? When we look at the books of canonical status, we will begin through the lense of Eusebius, who, in the year 340 AD gave us a status of the New Testament books in how they were treated in four categories: accepted, widely accepted, rejected and heretical books. These books which are accepted make up the canonical books of the New Testament that we accept today by all Christian denominations whether Protestant, Catholic, or Orthodox.

One of the observations is even if you excluded the widely accepted New Testament books (which there is no reason to), nothing essential to Christian doctrine would be lost because there is no Christian doctrine that is taught uniquely by those books and depends solely upon those books. There is no harm in recognising them as canonical in one sense, since they are in harmony doctrinally with the indisputable books of the canon.

Categories: 6.4What is the New Testament Canon?