When was it ever possible to change the manuscripts? 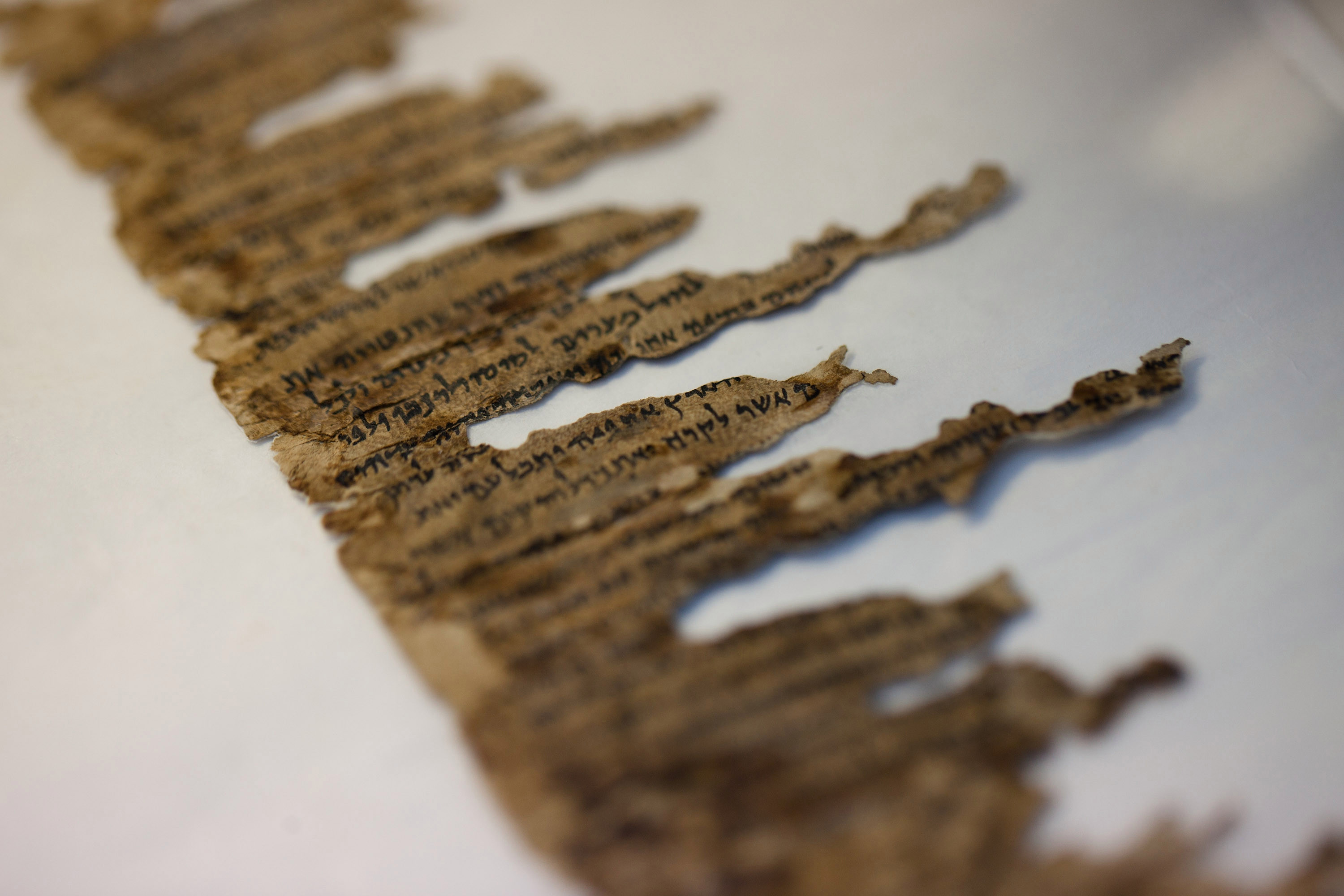 When people make the assertion that people have deliberately falsified the New Testament text and changed it, there are some strong logistical challenges to this idea.

If we begin with the four gospels, what we find is that at first, each of the four gospels is written in separate places (see articles on the New Testament books), then quite early on people begin to transmit the four gospels as a group. Larry Hutado in his work The Earliest Christian Artifacts, explains the priority of the Codex amongst Christians which would make sense if there was this idea of sending around multiple large gospels as opposed to divided scrolls. Christians are almost unique to this idea and were the first to consider the codex as a priority writing style compared to scrolls.

So we have the four gospels being transmitted in two different formats, one is singularly (individual Gospels) and the other is as a group (These likely bound codices). So if you are going to change gospels you need to change them in both of those document types.

Now you could claim that they were changed very early on, the problem with this is, the earlier you make that sort of change go on, the less likely it is that anyone knew that one of those gospels was going to become part of THE four gospels part of THE New Testament, part of THE bible, part of something so substantial so in fact the motivation for changing something in order to produce an affect is taken away because people didn’t know that it would have the effect. You firstly have Christians under a reign of several terrifying Emperors, first with Nero and later Domitian and considering it wasn’t a legal religion in the eyes of Rome until the 4th century, there was no reason to go anywhere near the Christians. Another strong and obvious reason is the Apostles were still alive and kicking, many until the late 70’s which by then Paul’s letter of Galatians for example has already been circling for 20 years and the rest incrementally from this date. John lived until the end of the first century and considering his caution against false teachings in his writings, he would be aware of any distortions. In John’s day perhaps it was too early for people to butcher the New Testament (Marcion tried in the second century), but it wasn’t too early for people to try and interpret the New Testament with non-Jewish presuppositions (Greek thought).

Even if you could change one of the gospels, or the one that’s in your locality, that doesn’t mean you had access to the other three. Say John in Ephesus in the mid 90’s and Mark in Rome in the 60’s doesn’t give you ease of access to the earliest copies. By the time you’d find out about these originals, they would be circulating with duplicates made and then you’d have to chase down all those leads.

So by the time you’re in the year 100 AD, all four gospels have been written, but you still don’t know that these are THE four to makeup the fourfold gospel. And by the time anyone would try to make the changes, say Marcion in the 140’s, it’s far too late (In Luke’s Case Which is the Gospel in question, potentially 80 years too late)

New Testament scholar Peter J Williams in the documentary Fragments of Truth has this to say as a challenge:

“So there are these problems when you try and locate a period when someone could have changed all four gospels, I want to know when is it? Is it the year 100? 110? 120? Just give me the period because whenever you make that claim I’m going to find difficulties. If you start saying someone was changing the gospels in the year 160 AD then I’m going to have the problem that the gospels have been spreading for quite sometime by now, there’s a four gospel collection but also gospels are being transmitted individually are you going to change both of those by the year 170? 180? We start getting the gospels being transmitted probably in Syriac in the Diatessaron. So that becomes difficult. By the year 200, we probably have the gospels being transmitted in Latin in North Africa, certainly by the year 300AD we’d have it in Coptic as well. So you start asking question when could someone actually change all four gospels? There’s never been an individual who’s been in a position to make deliberate substantial changes across the New Testament. There’s never been an emperor, there’s never been a Pope, there’s never been anyone who’s been in a position to do that”.

So we have in the first century

Moving into the second century

So if we were to build a timeline

60AD – 70AD — Roman persecution begins ending the century with the sack of Jerusalem ending Jewish persecution there but also destroying the base of Christianity. The Gospels, Paul’s letters and other New Testament books are written and distributed during this time of persecution

80-90AD — Domitian begins increasing persecution (interestingly, later persecutions ask for the Christian manuscripts, this isn’t being asked of them yet, still more of an unknown race

100–140AD — 50-90+ years for many New Testament books to be in circulation, copied and distributed. You need wide distribution of heretics are to find out about it and use it, requiring the original eyewitnesses to be dead. Also earliest Papyrus manuscript is discovered, written on two sides in codex form, showing special attention Gnostic texts never received.

140-150AD — Marcion takes the New Testament, butchers it of its Jewish content and corrupts Luke’s gospel

150’sAD — Justin Martyr tells us about the memoirs of the Apostles, and describes the four

170’s AD — Tatian, Justin’s student, makes the Diatessaron, a harmony of the four gospels in Syriac, which shows language translation

180’sAD — Irenaeus also speaks of a set of four gospels

200AD — Changing the originals is far beyond any comprehension by this point, even 100 years ago and especially during the time of the living eyewitnesses.

There’s so much going on at such a unique pace in many directions that controlling the New Testament, or even just the Gospels seems incomprehensible, there just is never a suitable time and the affect the books of the New Testament has is none of them contradict each other, they link back and forth over multiple pathways which a forger would struggle with, especially once all 27 books were assembled.

Wallace has this to say when it comes to knowing the original, unforced texts:

“What we are really at issue about is not whether we can recover the New Testament, but whether what we have in our printed text is exactly what the New Testament authors originally said. I would say we can have a great deal of confidence, that we have the original wording on the printed page of a Greek New Testament. It’s either in the text, or in the footnotes. We know what Paul said, we know what the rest of the writers of the New Testament wrote because of this vast amount of great manuscript evidence we have from early on through the centuries”.

So this quantity, the multiple languages, the multiple directions of passing in multiple locations protects the text because if it was in one place for a long period of time, then a single copy could be challenged. But Like we’ve seen with Paul when he wrote multiple letters to be given to the church’s in Colossians, distribution was intended from the beginning and it was a force that would never be stopped.

“It is preserved through the entire manuscript tradition so there’s never a controlling authority that can change or edit the text, put in doctrines, take out doctrines etc. The result of that is we have to look at textual variants. But the fact is that the best way to preserve the text especially given the evangelical mandate of the early church. So the idea that there were these primitive corruptions before the manuscript tradition is found in history, therefore we can never no what the originals were when you have multiple lines, how do all those multiple lines end up having the same readings in them? Not identical readings but its still the same New Testament, it’s still teaching the same thing”.

Scholars have three categories for these manuscripts that were distributed: Western, Byzantine and Alexandrian. The Western type manuscripts are found around Rome. Byzantine type are found in Turkey, Greece and the Middle East with most copies written on Vellum. Then we have the Alexandrian which are found in North Africa. These are Considered the oldest and found in most of our papyri and they date back to the 2nd and possibly 1st century (in the case of P52). The vast majority of English translations are based on the Alexandrian type as its considered the oldest form of the New Testament.

James White makes it clear by having such lines of distribution, this removes some dictator over the show:

“There was never a time when one man or group of men had control over the text of the New Testament. There was never a Christian Uthman. All assertions regarding adding doctrines, changing theology, removing teachings etc. Are without merit. The christian church was a persecuted minority without power to enforce a uniform textual transmission as in Islam”.

So as to the challenge, could the originals be changed? Hardly

Categories: 3.6When was it ever possible to change the manuscripts?