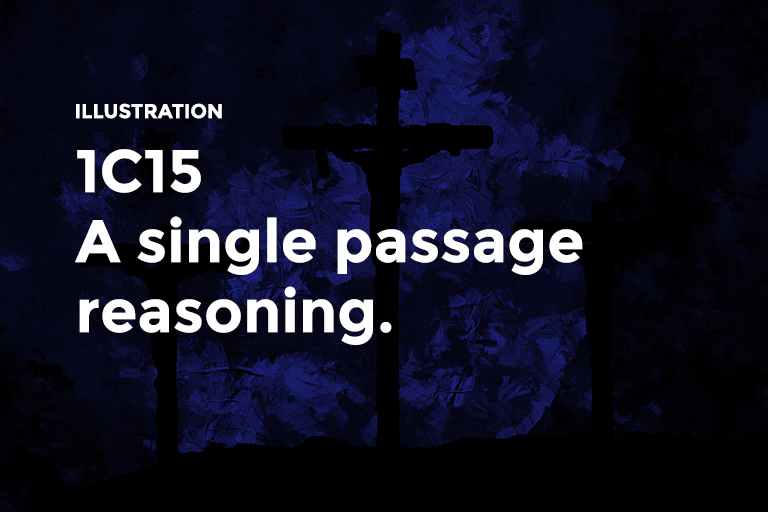 1 Corinthians gives us the bluntest definition of the Gospel.

This is the Gospel that saves you, brings you eternal life with God

It was preached to us, it was received by us and it is what makes us.

Without this, your Christian belief doesn’t exist.

What is that belief?

Jesus claimed to be God and did only things God could do. The assumption behind this paragraph is Jesus Christ walked as God as implicated in his acts to follow

Jesus died for our Godless nature and everything in history and the scriptures point to this moment where he lived the life we could not so that he could take our place.

Jesus came as a man, died as a man for us with the weight of sin on his shoulders. He became our perfect advocate by living a perfect and blameless life. In death, he took our place

He rose in hope, a hope we can subscribe to, a reassurance that what Christ did is true, it is binding and it happened. On that final day when God sees us instead he will see Jesus stepping in for us.

How can one know the resurrection if they did not see? The apostles proclaimed because they saw, and died for the truth. We may die for our belief of what Peter, John and the disciples saw, but they died for what they actually saw. This hope is based on what is seen, not in what is unseen.

Reading Time: 6 minutes The Big Picture The beginning of the Bible story, or meta-narrative, as recorded in Genesis, lies in God himself and his decision to create a cosmos through the initial bringing forth of the Universe out Read more…