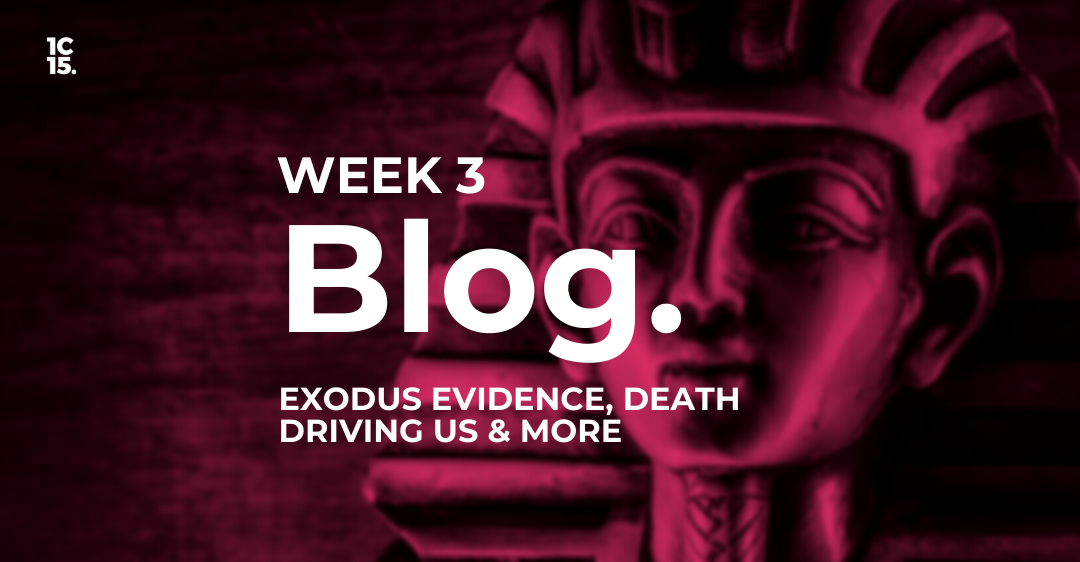 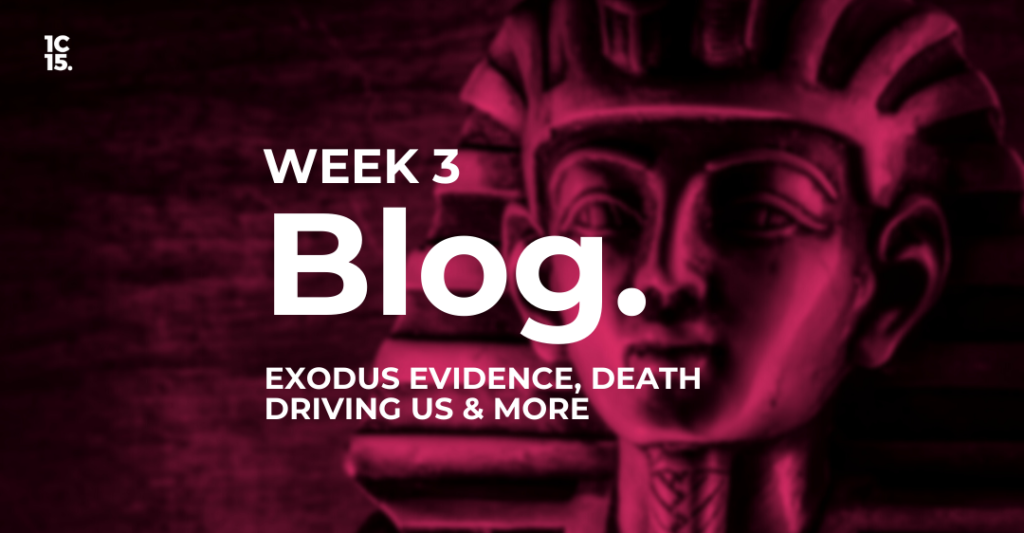 Well things are going great, Instagram seems to be quite the hotspot for this material and I’m putting a lot of effort into making the Instagram better. In fact, Instagram will now be known as a library to be built. Facebook I will still share the core articles, and incremental posts, so nothing will change there. For now, no Twitter or Youtube, ‘Mans gotta sleep‘. I’ve got some great resources! see below! 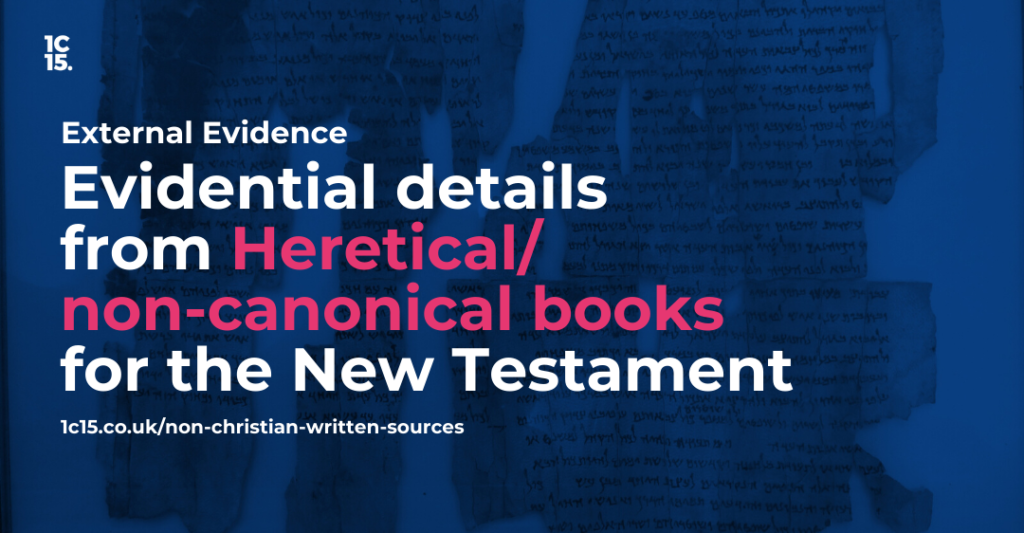 I’ve been working here and there to prepare the next two parts of the Social media material rolling out in the form or Archaeology and heretical later documents that attest to the existence of Christian facts in the second century.

Archaeology, sure, but why talk about heretical documents? Well, If the New Testament documents exist in the first century as scholars generally agree on and I’ve made a case for this elsewhere, then surely later written documents, piggy-backing on their rise in popularity will try to distort their history and use it for their own gain?

You see elsewhere I’ve made the case that the first century was of no interest to heretics or distorters (The movement was so small and inconsequential to some, to onlookers it didn’t seem like it would grow that big, obviously they were wrong they just didn’t know it yet), having the disciples around until the 90s enduring persecution meant their business wouldn’t be as effective, they need the core to die. These documents appear in the lives of the first Apostles younger disciples (Polycarp, Irenaeus, Ignatius, Clement etc.) and by then the Gospels are circulating as a four, Paul’s letters are circulating as a set with other works known and quoted by these second generation disciples.

With these known documents circulating (Irenaeus and Justin Martyr tell us this by the way), you’d expect those who disagree with them to start making their own “versions”, which is why so many of these documents contain “Greek” or Non-Jewish thought, because they wanted a different narrative that suited their worldview.

Even though we have these different strands of information which are unsympathetic to core 1st century Christianity, like with non-christian sources, these documents attest to the 1st century details recorded in the Gospels.

1. These documents want to distort the claims of the first century but

2. In doing so for our benefit, we can glean historical details they concede.

Since there are quite a few of these documents and most of them clash with each other, we can see they were likely familiar with the New Testament documents but had different agendas for distorting them. There is no united heretical movement in the second century onwards, just many who wanted to attack the Christian history. We can thank the faithful Church fathers for warding off additional teachings and distortions.

One day I’ll build an index page with all the supposed contradictions and their solutions, I’m not sure if anyone has done such a project on the web, but I’ve seen some detailed lists in the past. This one below refers to the time Jesus was crucified.

Evidence for the Exodus

Saw this film literally early this morning and I have to say, it was fantastic and presents a gripping hypothesis with a strong string of evidence. when I say Exodus, it it specifically referring to Israelites existing in Egypt and even taps into Jericho history. Well worth a watch and easy to follow.

Written long before the virus but recently released, Clay Jones Immortal book discusses the fear of death, how it drives us, the projects of soceity to numb signs of death or projects to prolong life. In a society terrified of death, christians can have a hope.

Cross Examined have a series where they interview someone each day on different topics and they started out with hope for lock-downed parents!

More Adam stuff! This is a heated discussion which I follow As I want to know what different opinions are out there which are broad in the Christian camp! Here we have an, old mankind, non-evolutionary view vs young mankind, theistic evolutionary view. There are so many different combinations conclusions will probably never be established, but having the hypothesis in play is good enough for me.