An introductory summary of the popular arguments for God’s existence 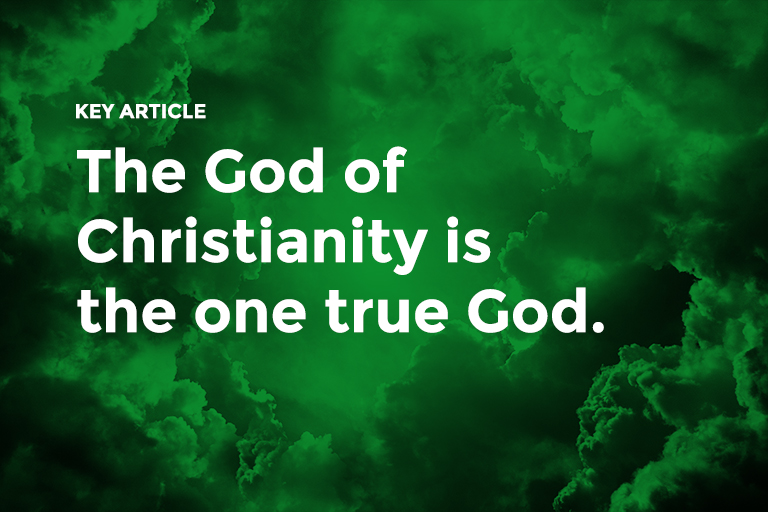 There’s a few steps to this to ambitious conclusion.

But first points 1 and 2 need to be established. I will give you an introductory cumulative case for the arguments for God’s existence, how they stack up, all of which you should pursue further in the supportive articles links per argument to go further. (See them in pink)

The Contingency Argument: Why does anything at all exist?

There are three steps/premises in this arguments reasoning:

So What would follow logically from these three premises?

1 to 3 — If everything that exists has an explanation of its existence and the universe exists, then it would follow logically that:

4. The universe has an explanation of its existence.

5. Therefore, the explanation of the universe’s existence is God.

Q: If everything is created, who created God?

A: God is uncreated, timeless, spaceless, immaterial. Therefore the argument for a created God is not relevant, we’re not defending a created God hypothesis like Zeus and Hermes. God exists by necessity of his own nature. You could rewrite premise 1 for clarity: 1. Everything that exists has an explanation of its existence, either in the necessity of its own nature or in an external cause.

Q: Why not stop at the universe?

A: To say everything has an explanation except the universe is known as the taxicab fallacy. You’ve made it that far and you call over a taxi to avoid answering the question.

The atheist denies premise 1 generally but will agree with premise 2, however they might say that the universe has always been here

Given the truth and reliability of the premises as we explain in this article in far more depth, the conclusion is the only one left on the table, that God is the explanation of why anything at all exists.

The argument posits that God is:

The Kalam Cosmological Argument: Why does the universe exist?

We can summarize this argument in three simple steps:

Something cannot come from nothing. Nothing ever produces anything, that’s why we call it no-thing. Common experience and scientific evidence confirm the truth of this first premise.

Q: What About subatomic particles fluctuating in and out of the vacuum from nothing?

A: It’s not coming from nothing! The vacuum is a sea of energy and is far from nothing. Also why does nothing not bring things into being all the time? What makes nothing so discriminatory?

We have four evidences you can look into in the extended article:

With the logic of premise 1, supportive evidence of premise 2, the third premise logically follows with God being:

There is another great reason for why the First Cause must be personal: It’s the only way to explain how a timeless cause can produce a temporal effect with a beginning like the universe.

Here’s the issue: If a cause is sufficient to produce its effect, then if the cause is there, the effect must be there too. For example, water will freeze when the temperature is below 0 degrees centigrade; the cause of the freezing is the temperature’s falling to 0 degrees. If the temperature has always been below 0 degrees, then any water around would be frozen from eternity. It would be impossible for the water to begin to freeze just a finite time ago. Now the cause of the universe is permanently there, since it is timeless. So why isn’t the universe permanently there as well? Why did the universe come into being only 13.7 billion years ago? Why isn’t it as permanent as its cause?

Scholars supportive of this argument have maintained that the answer to this problem must be that the cause is a personal being with freedom of the will. His creating the universe is a free act that is independent of any prior conditions. So his act of creating can be something spontaneous and new. So, we’re brought not merely to a transcendent cause of the universe but to its Personal Creator.

The Kalam cosmological argument thus gives us powerful grounds for believing in the existence of a:

At this point we’re really moving to theism…but we’re not done yet.

The Fine-Tuning argument: Why is the universe fine-tuned for life?

The universe is clearly fine-tuned as figures from all backgrounds, beliefs and understandings state. The question is what is the cause? The argument is formally laid out as follows:

A large majority of scientists have rejected the physical necessity. If some don’t think the universe is a necessity, how on earth would you get a necessarily fine-tuned universe? Well some say chance using (amongst other examples) a lottery example saying “well someone had to win!” But that’s the problem, no one does have to win in this lottery. Nothing could exist forever and some of the scientific variables are so fine-tuned that chance would be so absurd to put it beyond all possible reasoning. In the book Signature of the Cell, Stephen Meyer discusses that not only could chance fail, but it would have a tiny limited window of time to take action.

This leaves us with the design hypothesis, an inference by eliminating the other two options.

Putting it simply and building upon the foundations of the Contingency and the Kalam, apart from a personal creator we can know that he specifically is an intelligent personal designer.

The Moral argument: The argument for objective moral values and duties

The moral argument in one of its simplest forms would look like this:

People will sometimes agree with premise one but not two, or agree with two, or not one. Premise 1 challenges you as to where are your morals grounded? Almost every answer outside of God puts you potentially in a dangerous position because they allow the goalposts of morality to move in whichever direction and there’s no higher standard to hold to. If someone disagrees with the way things are and enough people agree to it, your standards could become the minority, regardless if you think they are better/more ethical.

Many like premise two because it’s simply true that raping little children is wrong, that if Hitler won the war and telling the entire world killing Jews was right, it would still be objectively wrong. Some disagree with this, but innately I think we know these actions and the like are wrong, the challenge is objectively, why?

So if premise 2, then 1 (If you want, take the three previous arguments to help you get here) and then you can conclude with premise three. This is not to say atheists can’t be good people, of course they can be! What I’m inferring is that you’re picking and choosing from the moral structure God has given you, whether you’re aware of God or not.

So premise three logically follows, we need a grounding point and by now we have good reasons to think it’s God. This argument tells us that God is:

Every time we make a moral decision, this argument appears. Such a moral argument also helps us to infer why God might give us helpful moral commands in the New Testament that align with our true discoverable nature.

The Contingency, Kalam and Fine-tuning arguments are like a web, they feed each other and support each other like links in chainmail (as opposed to links in a chain).

so God is from these basic facts we’ve established.

So you’ve just read the arguments for God in a summary, please look them up on the site for more details but I also want to leave you with a conundrum: If God does not exist, then life truly is meaningless.

If God does not exist, then all human life as well as every individual life will eventually be destroyed. If there is no God and no life beyond the grave, then life itself has no objective meaning, value, or purpose.

Meaning: Without immortality your life has no ultimate significance and makes no difference to the world’s outcome. Without God there is no broader framework within which man’s life can be seen to matter.

Value: Without immortality there is no moral accountability, and your moral choices become inconsequential. Without God moral values are just delusions ingrained into us by evolution and social conditioning.

Purpose: Without immortality your only destination is extinction in death. Without God there is no purpose for which you came into this world.

It is impossible to live consistently and happily with an atheistic worldview: If we live happily as atheists, it is only by inconsistently affirming meaning, value, and purpose for our lives, despite the lack of foundation for them.  If we live consistently as atheists, we shall be profoundly unhappy and even in despair because we know our lives are really meaningless, worthless, and purposeless. Beyond atheism, where are your morals grounded? Sure believing in a personal God gets you somewhere, but how can you know morally whose specific commands are correct?

So why not look into the truth of Biblical Christianity?

I’d advise you if you need to look further into the arguments for God’s existence on the website and in relevant books. The next step from here? Probably if we’re moving towards Christianity as a possibility, maybe checkout the introductory article on the reliability of the Bible, the article on Christianity and suffering then hopefully the resurrection of Jesus of Nazareth. Perhaps end this 5 part series on Understanding a quick theology of what Christianity is offering you.

Reading Time: 6 minutes The Big Picture The beginning of the Bible story, or meta-narrative, as recorded in Genesis, lies in God himself and his decision to create a cosmos through the initial bringing forth of the Universe out Read more…